Condition of the building

The tower which dates from the second half of the 14th century is now a ruin with a modern vestry and choir room built into the base. The modern component dates from 1953 and was reworked in 1972. It now has two stories and a flat roof. The lower story is a vestry and the upper is a practise room of the choir. The remnant of the tower on the N. side provides evidence for an earlier church on a different alignment and also adds interest to the composition at the W. end of the building. Even as a ruin the tower remains as impressive monument and provides a necessary emphasis at the W end of the church. The Southwest corner of the tower fell in 1835 due to a storm and in 1836 the surviving upper stage of the E. wall (the belfry) was demolished. The proposal incorporates an honest repair in accordance with the principles of the SPAB by building up render faces with tile quoins to protect the vulnerable exposed core of the walls and installing stone weatherings to shed water. This repair provides the aesthetic of leaving the edge of the historic fabric visible but also provides a monument of the same standard as the rest of the church. 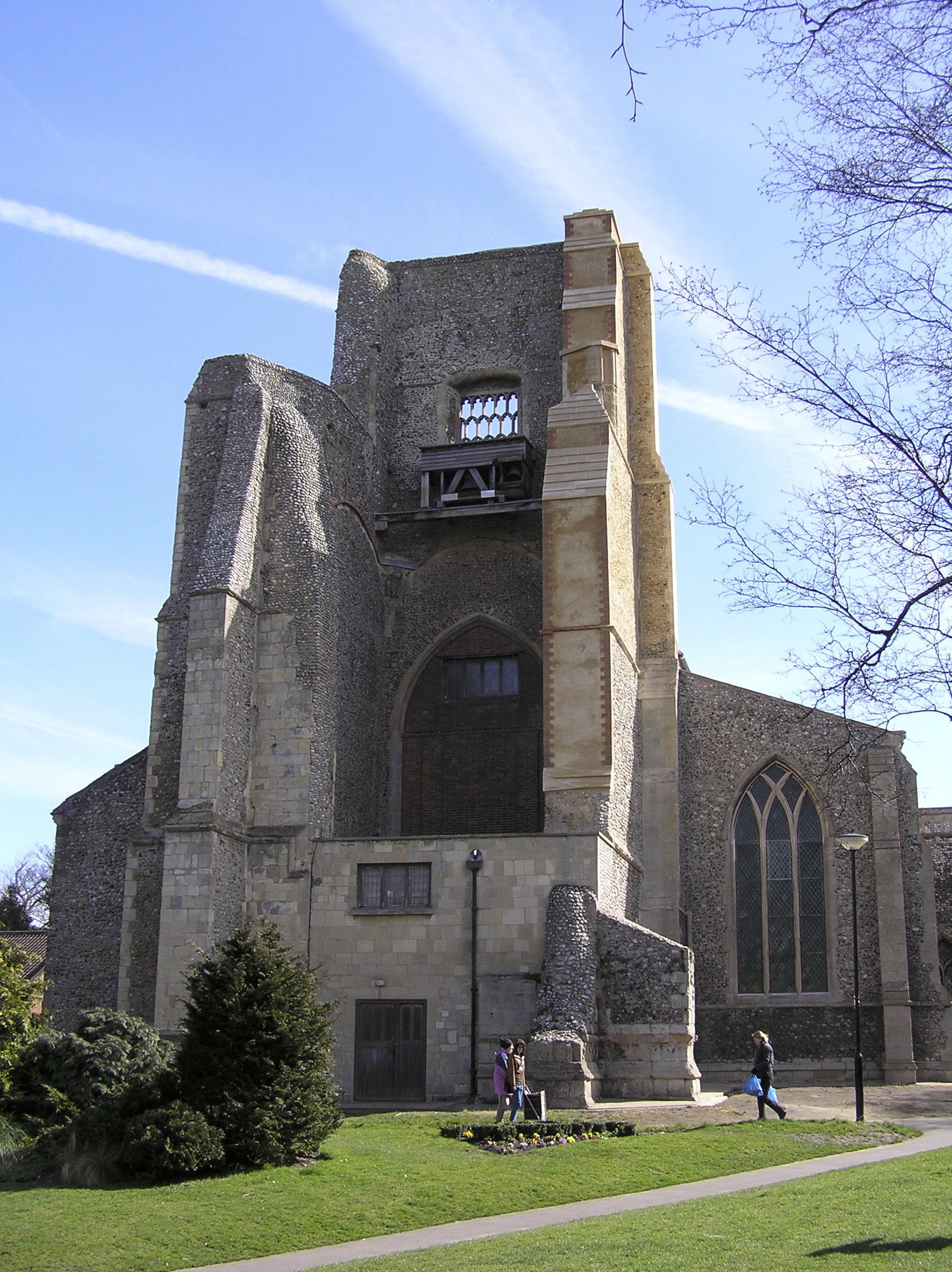 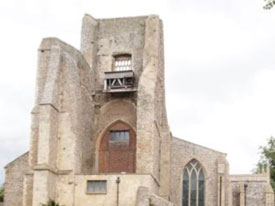 Tower before the works 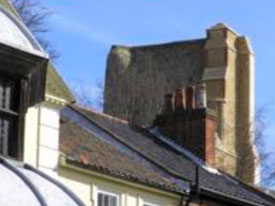 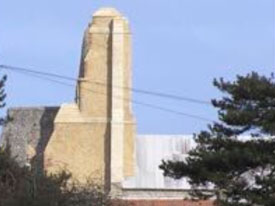 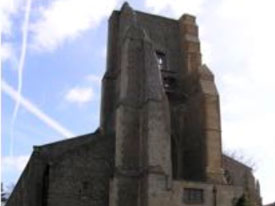 View from the churchyard 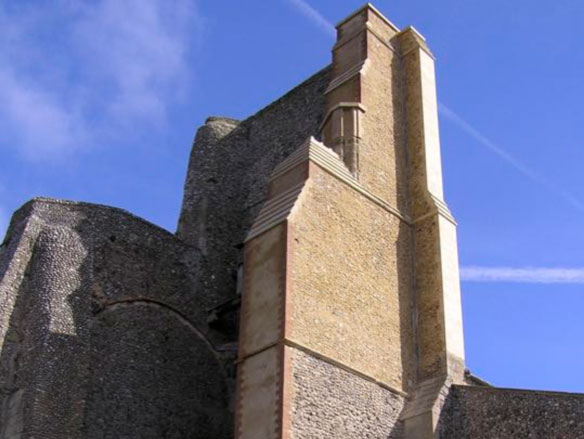 View from the churchyard, South of the tower

NWA provides excellent customer care and communications support to all its clients, contractors and funders – if you have a question, please call or email us, we are here to help.