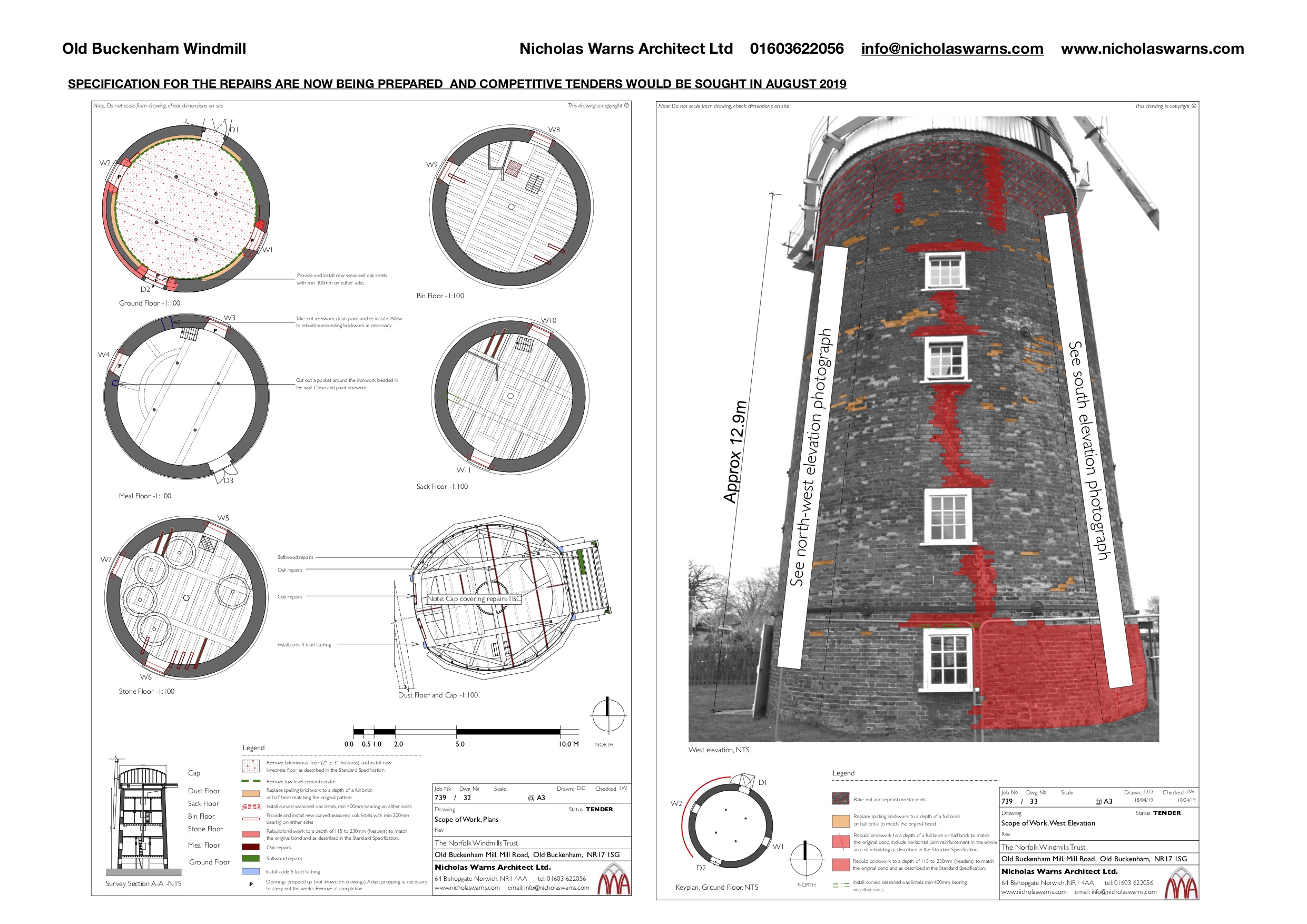 The Norfolk Windmills Trust have appointed us to carryout work at Old Buckenham Mill, Norfolk.

Domenico D’Alessandro and Nicholas Warns are now preparing the specification for the repairs and competitive tenders will be sought in August 2019.

The boards below were created to inform the public of the repairs at the recent 10km run held at Old Buckenham.

Old Buckenham Mill is the largest diameter mill in the country. The mill was build of red brick in 1818, and was built for John Burlingham who was the miller at the nearby Mill Farm postmill that became the site of the Methodist Chapel in 1871. It was believed that the mill was originally built with 8 common sails, these were replaced by 4 sails after serious storm damage in 1879. – Information from Norfolk Mills website. 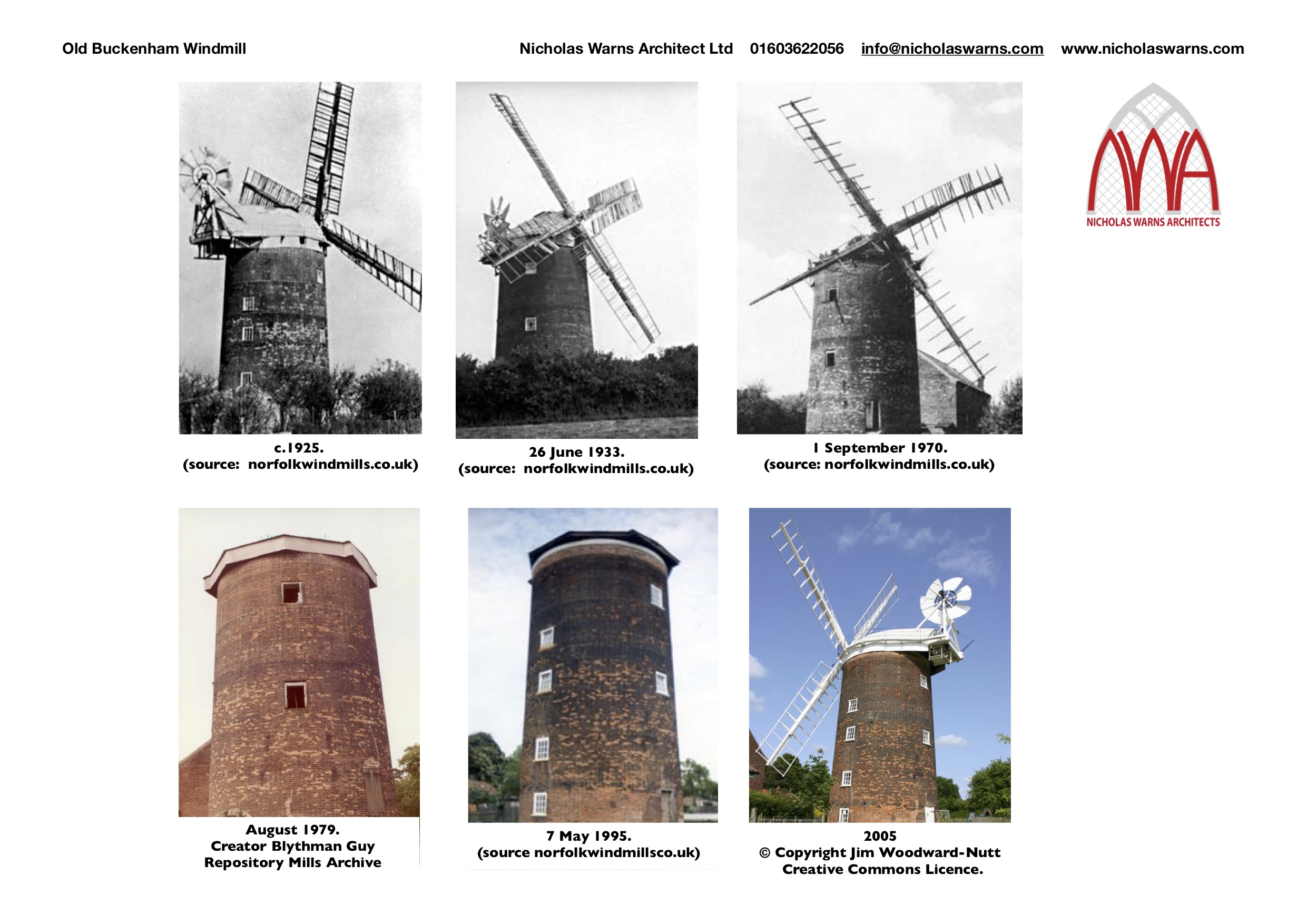 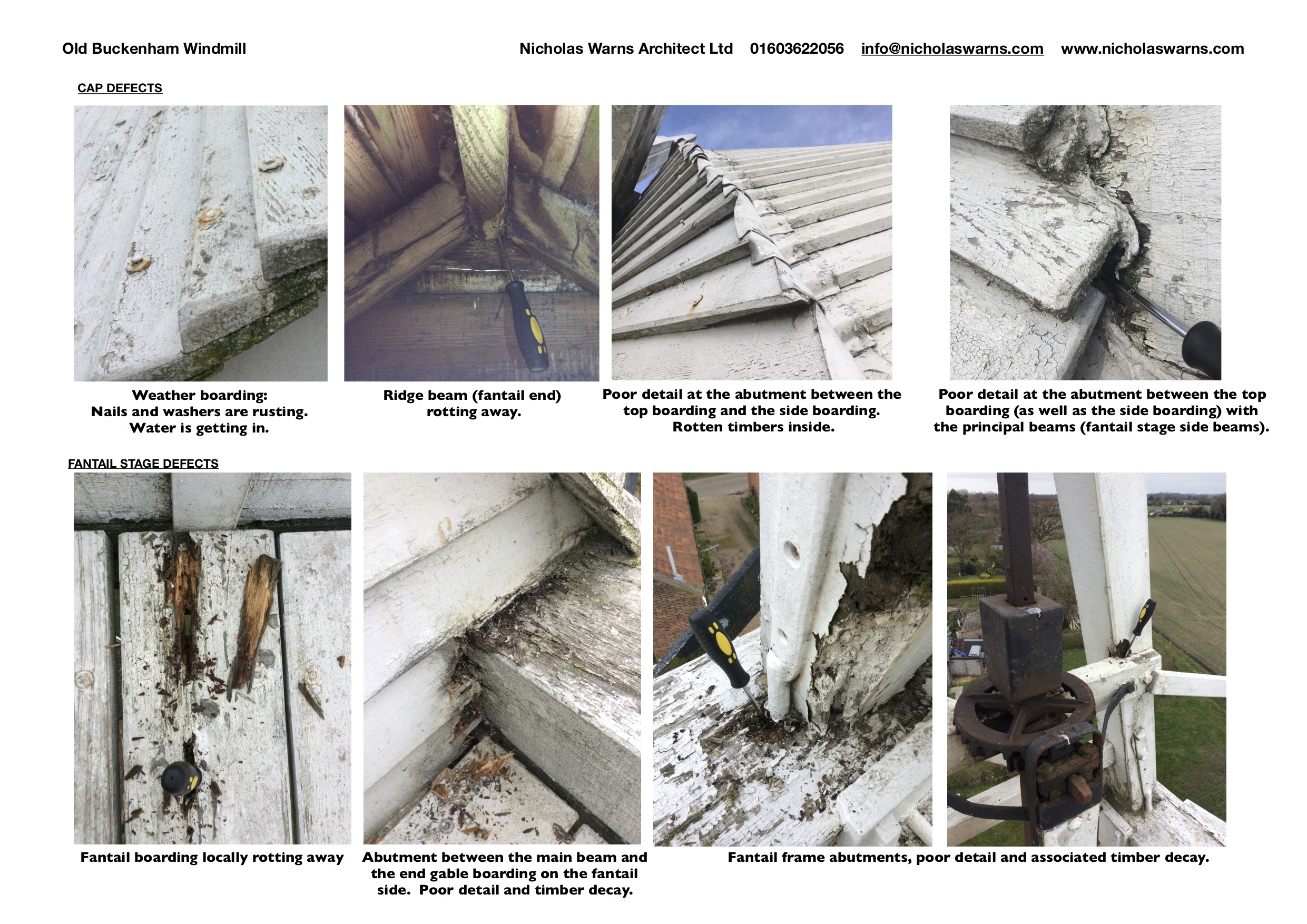 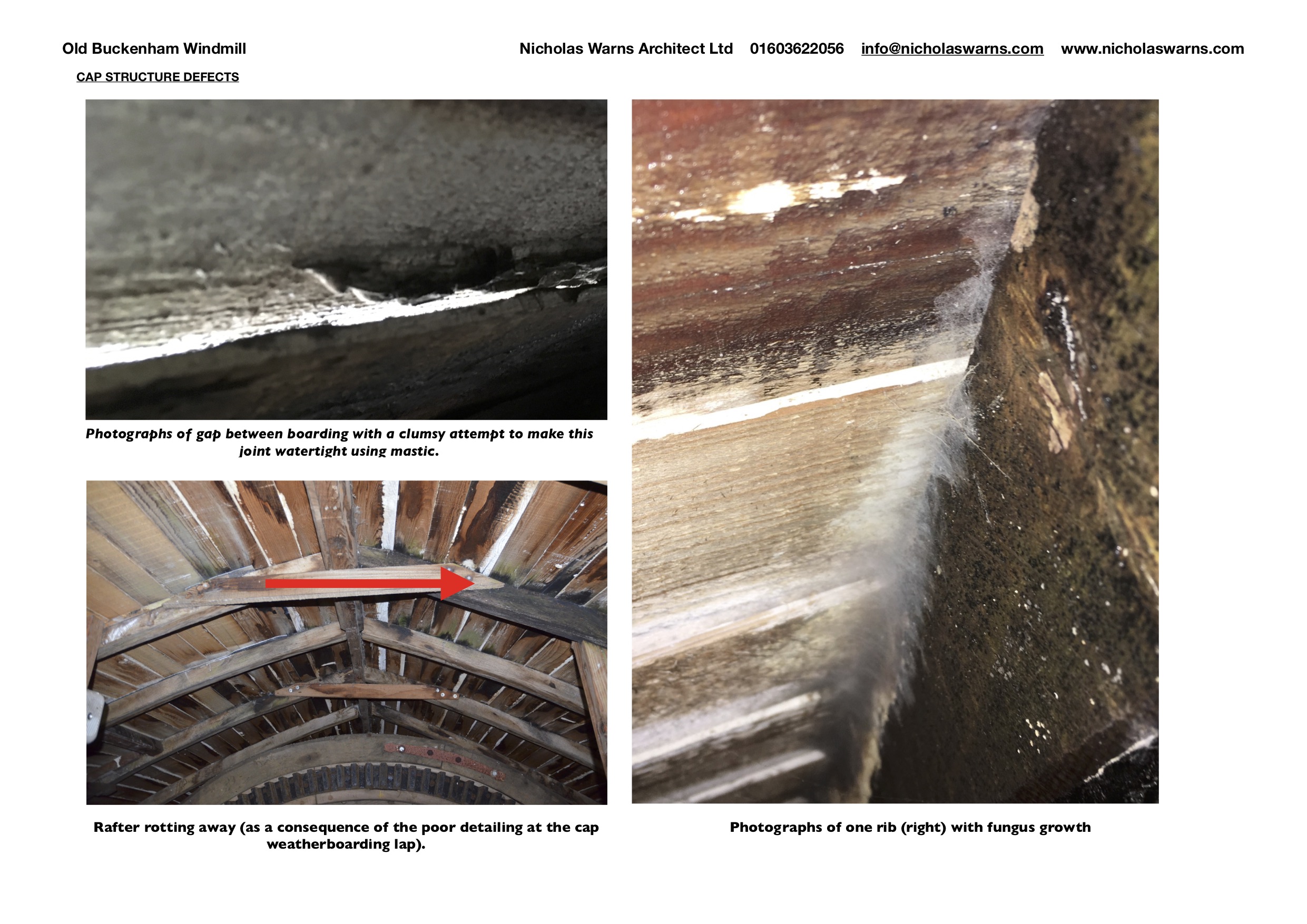 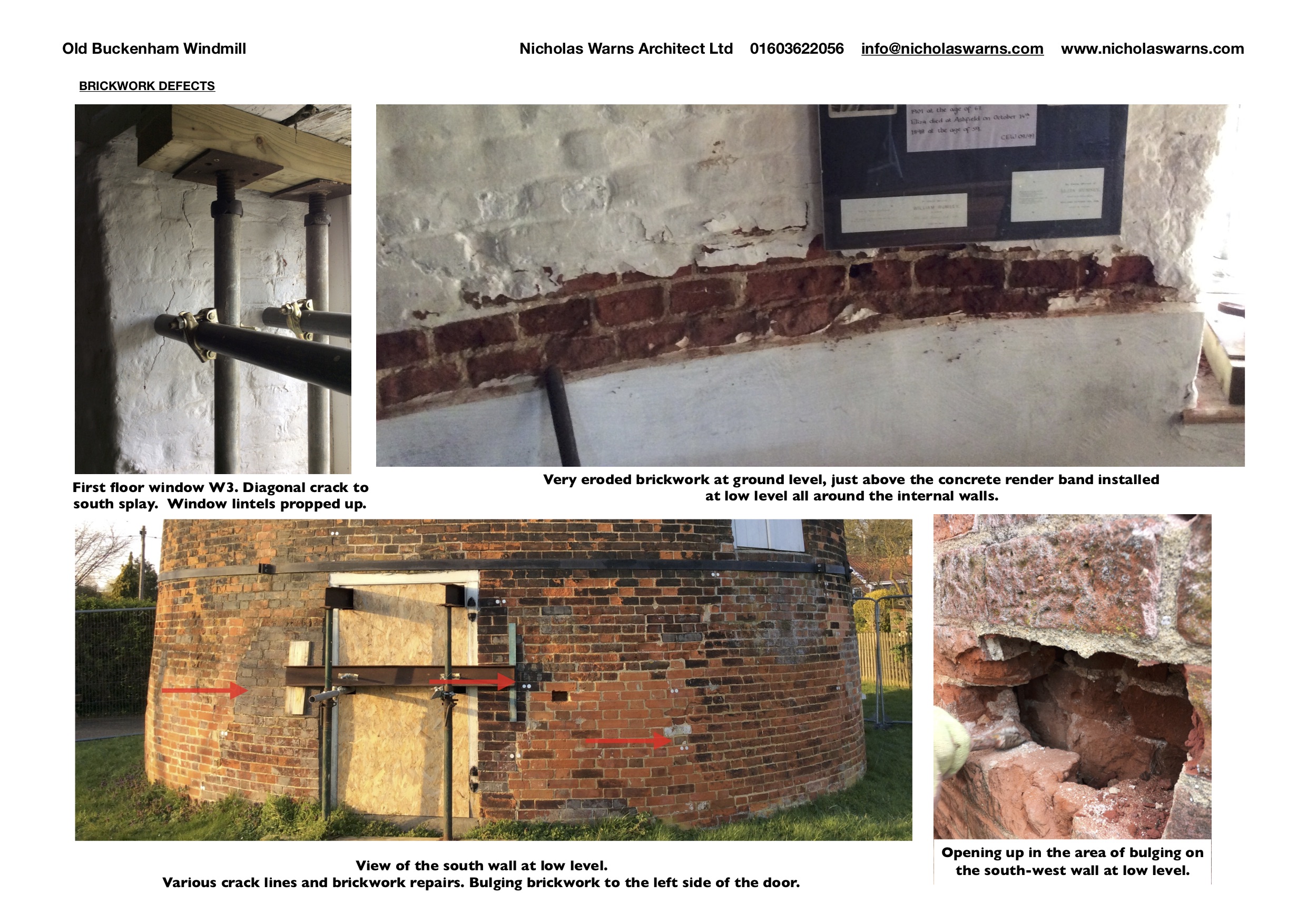